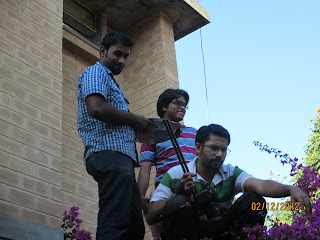 Manjushree Abhinav, a film-maker, novelist and teacher, is organizing the 9th batch of the course in film making, from concept to screen, on Saturdays and Sundays over two summer months, May and June'2016,  in Bengaluru. Manjushree has taught at the Film and Television Institute of India, Pune, NID ( National Institute of Design, Ahmedabad), and Srishti, Bangalore.
This Weekend batch organised by Manjushree Abhinav has a great faculty, reasonable fees and a convenient location. It gives people the opportunity to learn film-making without leaving their jobs or studies.
So you can now follow your dreams while taking care of your responsibilities.

Since this course deals with fiction films, we would first tap the biggest reservoir of stories : an unblocked storehouse of memories and emotions. We will also understand the structure of the conflict-resolution story, and we shall dip into the Navarasas. The aim of the workshop is to dig out the blocks that hamper the sprouting of the creative juices and fuel the love of writing towards an intense and natural discipline. It will help the beginner as well as the writer who is stuck in the middle of a story, a script, a film….Students will get assignments to work on during the week, and they will be expected to write a short story by the end of the workshop. 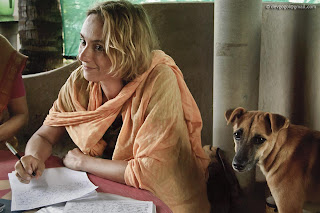 The story we have structured in the creative writing workshop, we will stretch out into an audio visual script. We will understand the elements of Scriptwriting: Characterization, Plot, Structure, Theme, etc.
We shall also be watching world class films and understand how they have been structured and written.
Students will get assignments to work on during the week, which will be reviewed in class. By the end of the course, students will write a short script in the prescribed format. 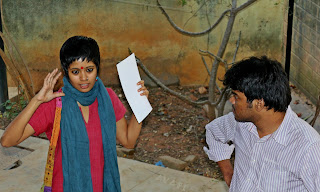 It is only when we our-self get liberated from inhibitions that we can direct others. A theater professional will conduct this workshop, which includes body work, skits, and loads of fun. Most of the times, the short films that we make at the end of the course are enacted by the students themselves.
So students have a great time performing for each other, and this exercise basically serves as a pre-curser for the experience of directing the short film.

Screen grammar is the practical knowledge on which a script is made into a shooting script. 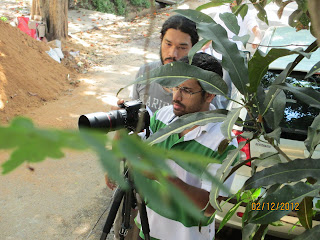 Basics of how to use a digital camera will be followed by shooting a twelve shot exercise to understand the rules of screen grammar hands on.
A professional camera person will conduct this class.

What we have shot we will now edit on Final Cut Pro, an editing software.
So we will experience the entire process of scripting, shooting and editing. The basics of screen grammar, like continuity, will thus become clear.
We will also talk about how the history of Editing is synonymous with the development of language of cinema. A professional Editor will conduct this class. 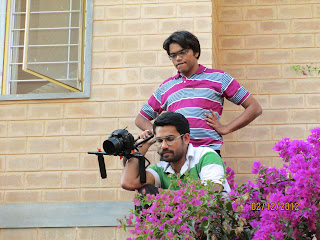 The final project of the course will be to make short fiction films. The best scripts will be selected from the scriptwriting course, and students will make groups of five to make their fiction films.
Here is one of the films we made in the first batch. Its called , The Skipping Rhyme. An old man gets an answer to a deep question from a little girl.You can watch other student films here : http://storygram.in/student-films/

VENUE : Shall be put up asap.

DURATION : The course would span across two months of weekend classes, from  beginning of May to end of June, 2016.

The total fees for this course is INR Twenty two thousand and eight hundred, (Rs.22,800/).The course fees cover the classes, the visiting faculty's fees, the cost of making the student film, and study material like books and cds.


Manjushree Abhinav’s Film making Course is right for you if you are:


The benefits of joining this Film Direction Course 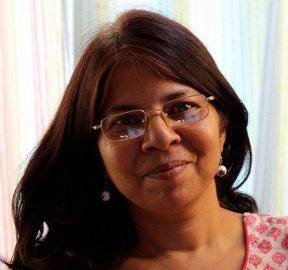 Manushree Abhinav has authored a novel, 'A Grasshopper's Pilgrimage'.
She is a film maker. She has studied at FTII, Film and Television Institute of India, Pune. She has made several documentary films, and taught various aspects of film making like scriptwriting, making documentary films, video editing, at FTII, NID (National Institute of Design), Ahemedabad, Srishti School of Art and Design, Bangalore.
She has also conducted several creative writing workshops at the Times of India Nalanda group, Bangalore, Ahemedabad and Mumbai.
You can watch her films and read part of her book at www.storygram.in.

Learn to Film your Dreams!

Posted by Manjushree Abhinav at 10:06 PM No comments: